In 1994, a group of experts of the CNR Research Area in Milan (ARM) began to develop an index of telematic services and public information sites, developed and distributed on the Internet by CNR organizations. Until January 1997, the Center for the Study of Structure/Reactivity Relationships (CSRSRC) was the only Research Center of the ARM to have published its own website.

It was great fun to take care of the visual design, development and maintenance of the CSRSRC and ISTM websites during my free time in the years 1997 to 2012. This page is a reminder of that pastime. 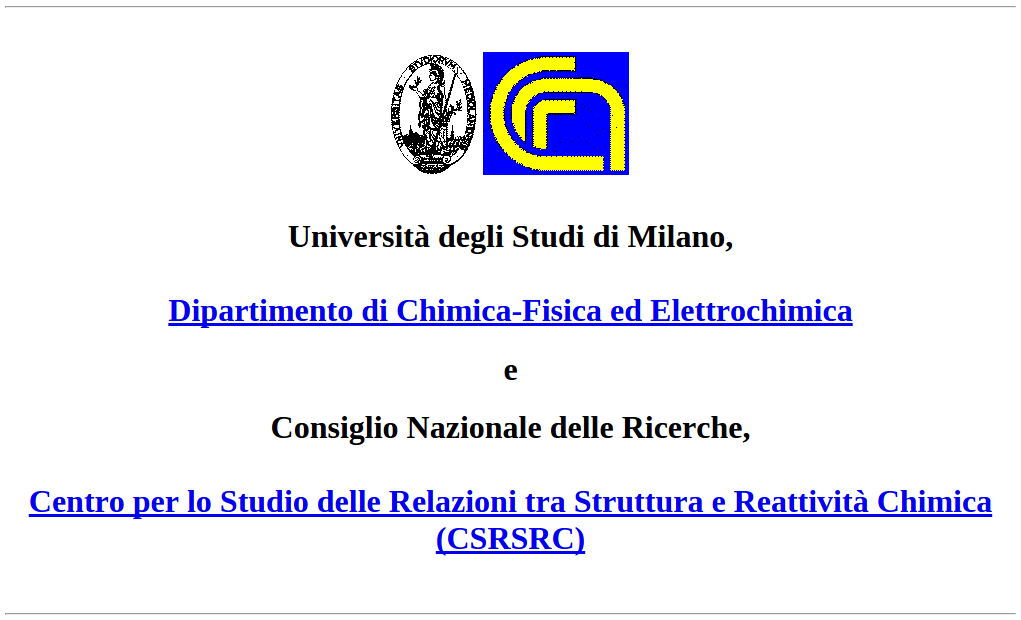 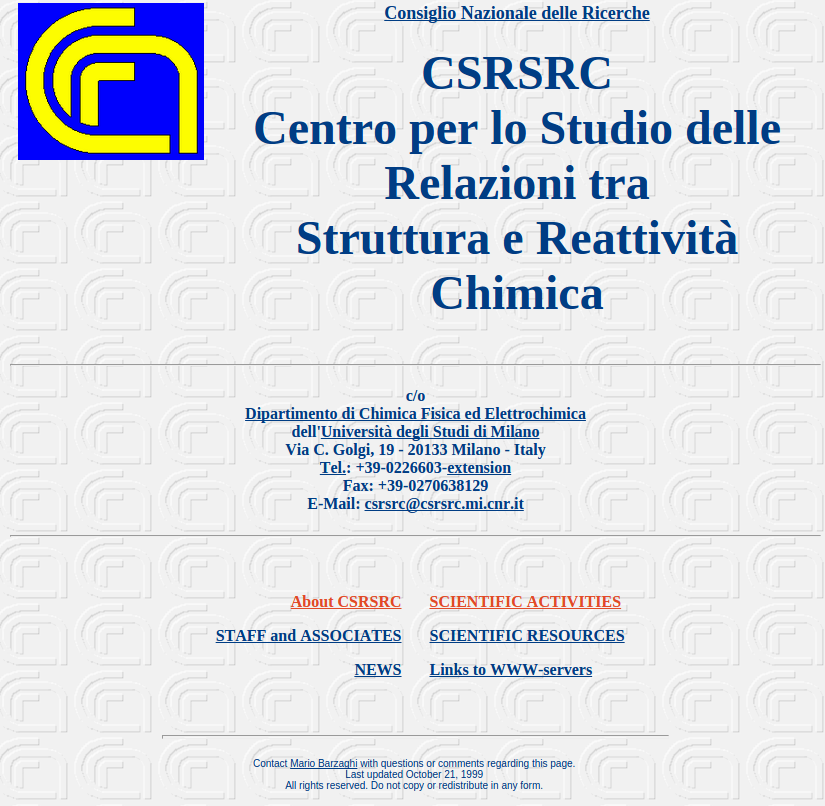 The Institute of Molecular Science and Technologies (ISTM) was established on September 2000 by merging seven CNR Research Centres (four of which in Milano, two in Padova, and one in Perugia). The ISTM inherited both the headquarters and the website of the CSRSRC, which was one of the seven ancestors of the ISTM. More details are given in the following table.